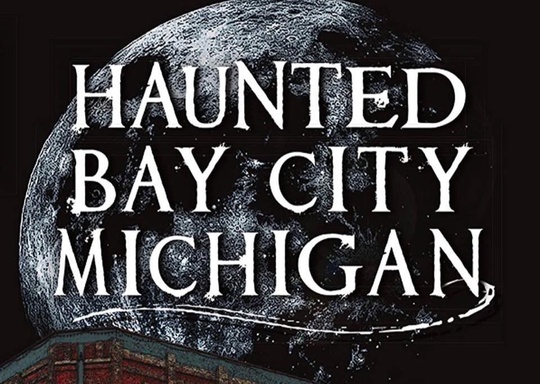 Studio will guide you through a small craft project and then author Nicole Beauchamp will take you on a walking tour in downtown Bay City and share it's haunted past!

Curiosities & Wonders Exposition will be October 22, 2022

Join Studio 23 for a variety of talented and magical vendors!

Join us for a scavenger hunt with prizes.

Nicole Beauchamp is a native of Bay City, Michigan, and received her bachelor's degree in applied science from Siena Heights University in Adrian, Michigan. With a lifelong passion for the paranormal and history, Nicole founded the Tri-City Ghost Hunters Society in 2009. Since forming the group, she has presented at libraries and universities across the state of Michigan with the goal of educating individuals on the paranormal and expressing the importance of preserving history through investigation. She has had the honor of co-lecturing with renowned paranormal researcher John E.L. Tenney, and her work has been featured in dozens of national and international publications. In 2015, she wrote a guest editorial for TAPS Paramagazine and was featured on Beyond Reality Radio, where she was recognized for her hard work and dedication to the paranormal by Jason Hawes, the star of Travel Channel's Ghost Nation. In February 2019, she was featured on the cover of Paranormal Underground magazine. In addition to the paranormal, she loves traveling and animals. She hopes to continue to tour Michigan in order to enlighten individuals on the spirit realm. She released her first book Haunted Bay City, Michigan in September of 2020. Her second book Haunted Detroit will be released in August of 2022.

Rain or shine unless there is severe weather. Bring an umbrella if it looks like rain and wear some comfy shoes to walk in.

Registrations are valid with FULL payment. Register up to three days before class by phone, walk-in, or online. No refunds unless course is cancelled by Studio 23 or under-enrolled 1 business day prior to start date.

Nicole Beauchamp is the founder of the Tri-City Ghost Hunters Society, public speaker, motivational influencer and author. She has investigated the paranormal worldwide. Her goal is to bring awareness to historical preservation and give back to her community with her book sales.