6 Reasons Why Your Child Should Try Martial Arts 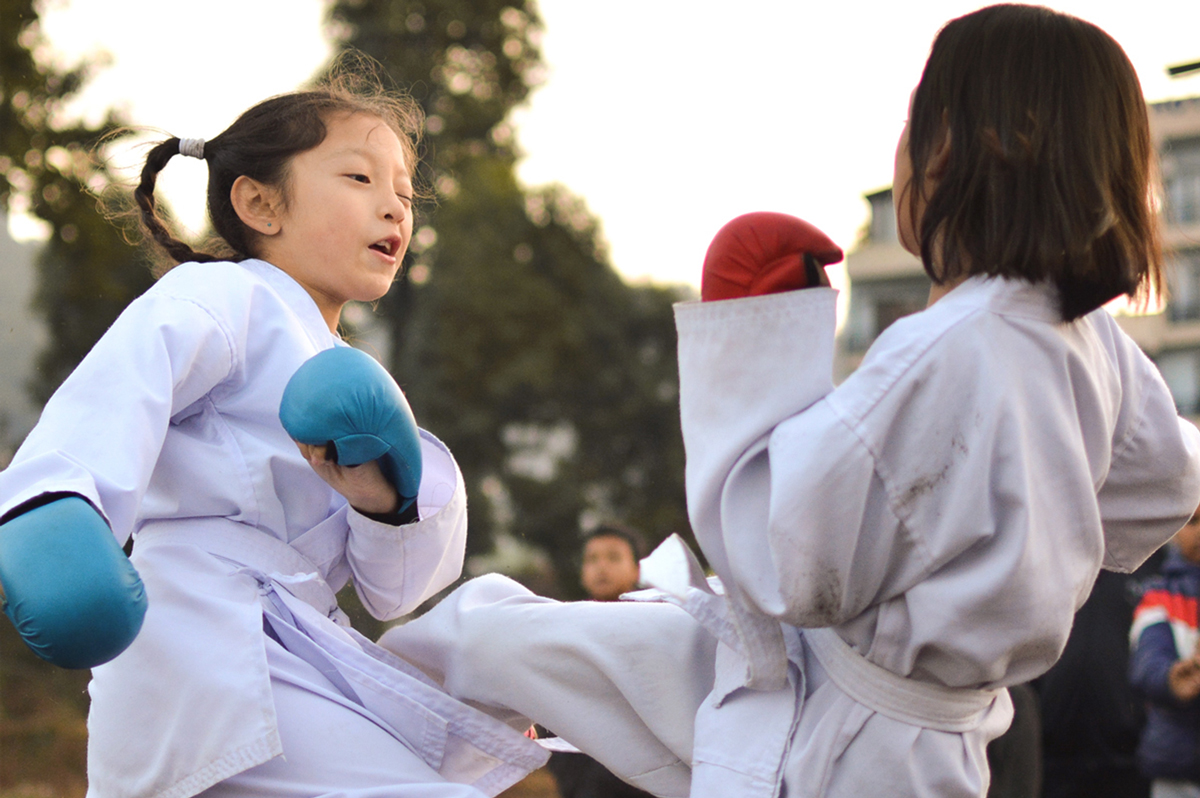 Though exercise is one of the main reasons many parents find martial arts so appealing for their kids, the sport is beneficial for kids in so many other ways.

1. Your child will build strength, stamina, balance, and speed.

Karate classes are a great way for kids to get their wiggles out, no doubt. When you’re looking for sports options for your child, karate and boxing rank right up there in popularity with baseball, basketball, and soccer. Just like other sports, martial arts will help build your child’s stamina, strength, and speed. After a few weeks in class, you’ll begin to notice their reflexes getting faster and their muscles stronger as they learn to block, kick and punch. With more practice, your little ones will gain core strength and develop balance — which is essential when learning to perfect technique.

Martial arts can be intimidating for a child. Between the belt-ranking system, the intricate series of movements involved in learning each pattern, and sparring with other students, your child will most likely be excited but nervous the first few lessons. But once they’ve found their footing, so to speak, you’ll start noticing a difference in their confidence. Martial arts is all about overcoming difficult obstacles and finding balance in yourself, which are great lessons your child can carry for the rest of their life.

3. Your child will learn conflict resolution.

If waiting in line at Costco has taught us anything, it’s that nobody likes confrontations. Learning to resolve a confrontation in a healthy way is something even us adults can struggle with. Despite popular opinion, karate, taekwondo, kung-fu, and other martial arts aren’t about getting into fights; they are about avoiding them. Some parents have concerns about signing up their children for martial arts classes due to the potential for violence. But on the contrary, most martial arts instructors teach kids how to resolve conflicts with bullies in peaceful ways, teaching them to use their skills to deflect potential harm to them and others in a responsible manner. Talking down opponents in a stern and confident way is always the first step.

Martial arts classes require dedication, focus, and concentration due to the number of increasingly-difficult patterns students need to memorize and perform to pass each belt test. As your child gets older, martial arts is a great way for them to increase their memorization and retention skills. But don’t worry, routines are broken down into manageable chunks, which allows kids to learn gradually, repeating and building on what they’ve previously learned. Reinforcement is key in this process. Eventually, your child will put everything together into fluid movements. This encourages kids to learn patience as well as enhances memorization and retention, all which come in handy in school and other sports.

5. Karate and other martial arts are great for kids with special needs.

Remember all that talk about reinforcement a few moments ago? It turns out, karate, taekwondo, and other martial arts classes can be good for kids with some types of special needs, particularly autism and down syndrome. Because martial arts classes create familiarity through repetition, children on the autism spectrum and with down syndrome tend to do well in them. Knowing what to expect each class with the same routines, the same teacher and students provide the much-needed structure these kids need to thrive. Kids with special needs also learn communication skills and self-regulation, along with spatial awareness. And because strength conditioning and stretching are essential, children with down syndrome especially benefit because these classes tend to help alleviate low muscle tone, which is a common factor in the chromosomal condition.

6. Your child will learn discipline and respect.

If you’ve got a wild child that could use some lessons in discipline and respect, martial arts classes will help them learn some self-control. Taekwondo and karate are steeped in the tradition of respecting the dojo, or classroom, along with the teacher. Your child’s instructor will most likely ask them to address them in a formal manner, and they’ll be expected to bow to their teacher as they enter the room. Additionally, if your child has anger issues, martial arts allows them to take their anger out in a healthy and productive way, as she learns to control it and channel her temper into motivation.

Learning martial arts takes time and practice. Though the payoff won’t be immediate, if you allow your child to stick with it, you’ll eventually notice the hard-earned rewards of a well-balanced, motivated, more confident child.

If you live in the New York, Los Angeles or Chicago area, be sure to look into these and other martial arts classes using Sawyer. Or, use our tool to find other classes, no matter where you live.

Tweet
Discover a wonder-filled world of children's activities online!
Explore on Sawyer
Similar Posts
Development
How to make your child fall in love with reading
Summer of STEM activities!
The importance of mindfulness activities for your family