An ongoing investigation: What is Santa Claus's address? 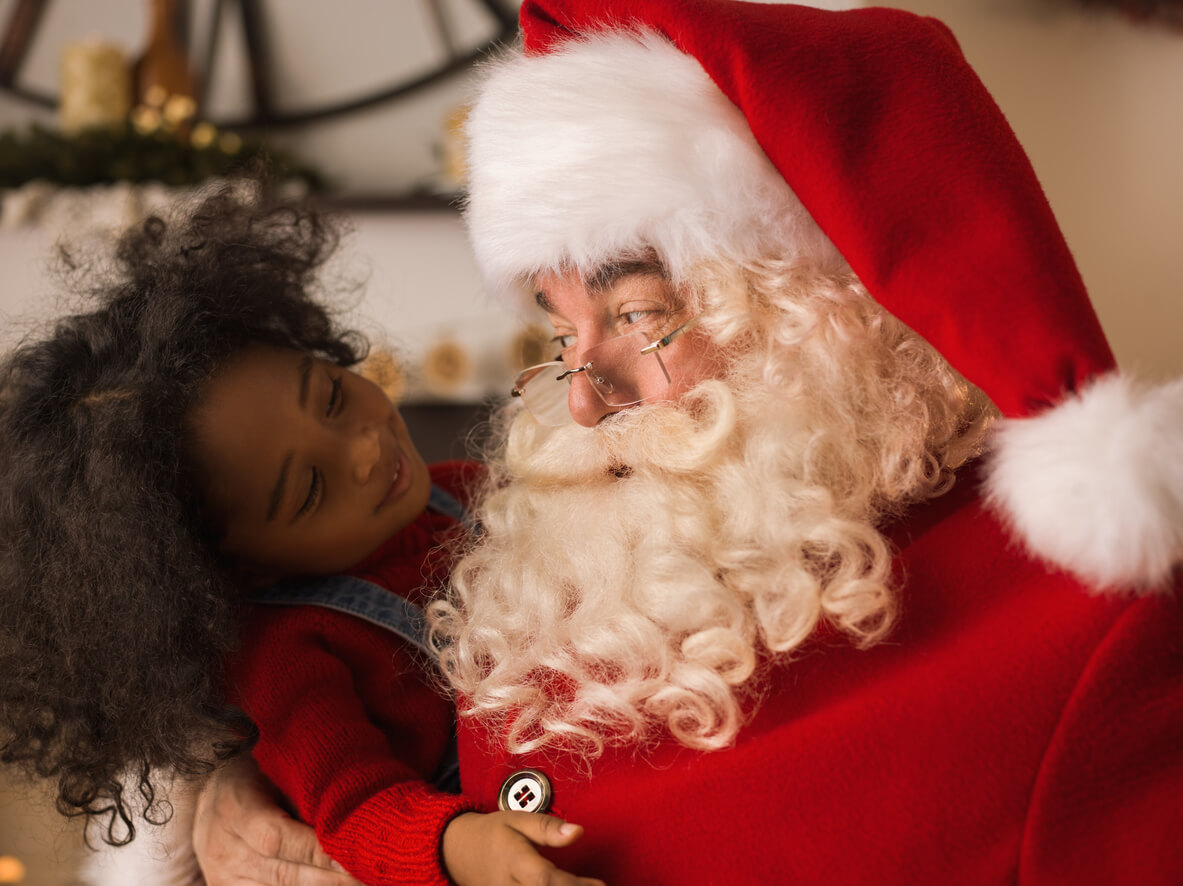 Yes, Virginia, there is a Santa Claus. It's just that no one quite knows where he lives.

The legend of Santa Claus dates back centuries. He was first known as Saint Nicholas, a gift-giver in Syria. In the Netherlands, Saint Nicholas evolved into Sinterklaas, a jolly man with a red robe and white beard.

Then, in America, Sinterklass became Santa Claus. We all know he makes toys for all the children of the world up in the North Pole. But what's...Santa Claus's address? And does he prefer UPS, FEDEX, or USPS. Wait, that last part probably isn’t important.

Here's a quick guide to figuring that out.

Santa Claus's address (well, a few of them)

Santa Claus didn't always live up at the North Pole. For years, children wrote letters to Santa addressed to Iceland, Ice Street, and Cloudville. He was even believed to live behind the Moon.

It wasn't until the mid-1800s that Santa moved up to the North Pole. But even then, his address remained a mystery. Children wrote their letters to "Santa Claus, North Pole," and called it a day.

In recent years, the U.S. Postal Service has started using machines to sort its mail. These machines look for zip codes, which those letters to Santa don't have. So the Postal Service has created an official address for Santa: 123 Elf Road, North Pole, 88888.

But Santa has been around for long enough that he has some other addresses. Writing a letter to "Santa Claus, 4141 Postmark Dr, Anchorage, Alaska" leads to a reply. The kind residents of Anchorage send a letter back to the young one who wrote it, addressed from Santa himself.

A child can still write a letter to "Santa Claus, North Pole" and receive a response. They may even receive a present!

The Postal Service has a program called Operation Santa. Postal workers and members of the public read letters to Santa and send gifts to children in need.

The program was initially based in postal offices. But now, it's open to the Internet. Anyone based in the United States can fulfill a child's holiday wish.

Anyone can create an account online and then adopt a letter. They can choose as many letters as they want. Some children ask for gifts, while others just want to say "Hi."

The sender will remain anonymous, and a child's personal information will not be accessible. The sender can send a child one or multiple gifts, or they could just send them a letter. Either way, they will help spread holiday joy.

Even children can be Santa's helpers this year! Participating in Operation Santa can help them practice communicating and giving to others.

Santa Claus is coming to town. But where is he coming from?

Santa's mailing address is 123 Elf Road, North Pole, 88888. But a child can still write to "Santa Claus, North Pole" and receive a reply. Volunteers across the country answer letters and fulfill holiday wishes.

The holidays are a time to be joyous. Adults and children alike can join in on the festivities. Spread some holiday cheer with this guide on staycation ideas.