Bullying during virtual learning? It happens — here's how to stop it. 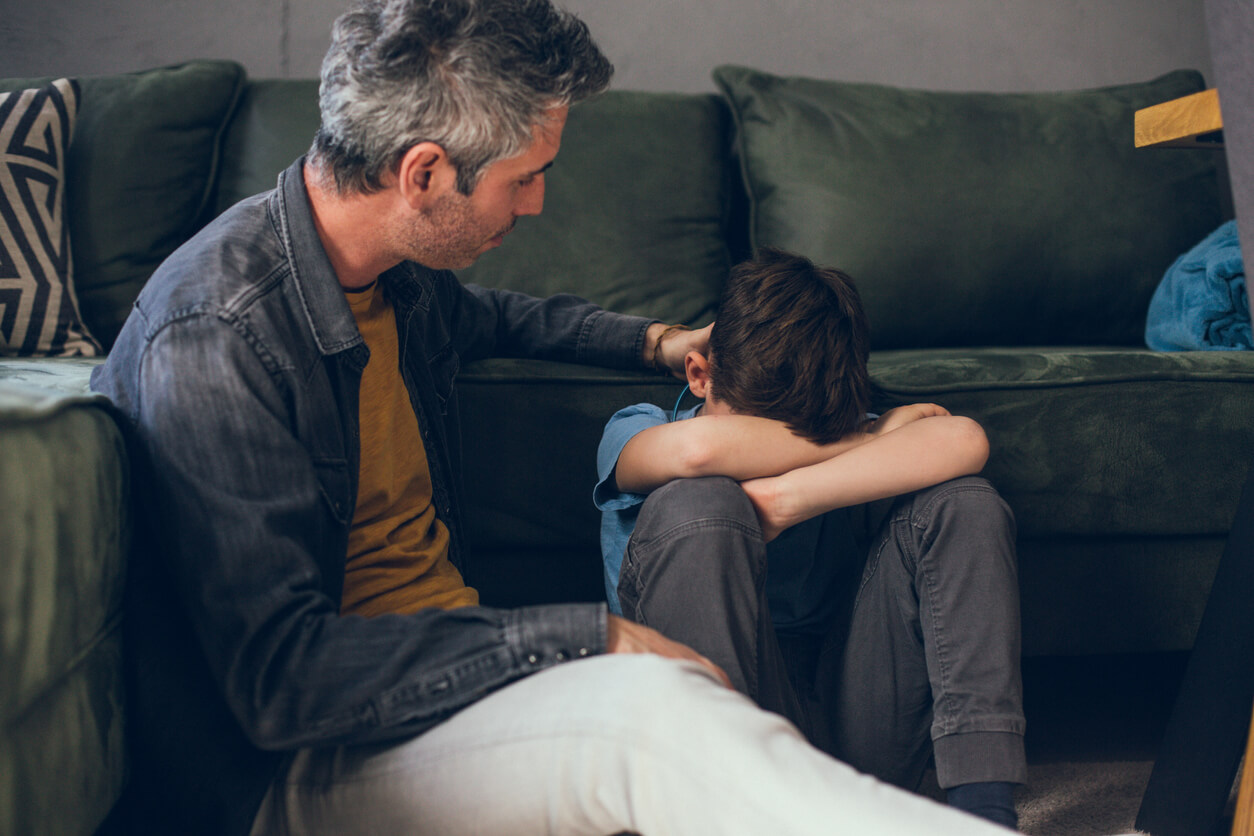 Years ago when we thought about bullying it was about shooting spitballs from the back of the class or name calling on the playground. No matter what form it took, bullying at school was harmful to children. Nowadays, bullying has taken a new form that makes it even harder to combat — cyberbullying.

From behind a computer screen, school aged children can tease one another, spread rumors across social media, and make school feel isolating, lonely, and unsafe. So, while in-person and unsupervised interactions between children have been minimized with remote schooling and there has been a decrease in harmful in-person bullying behaviors, cyberbullying is still present and damaging.

Older children with access to text messaging and social media have a platform for shaming their peers in a group setting or with personal messages. Children may take screenshots of their peers in a virtual classroom and share photos that could cause embarrassment. Some students are finding other ways to chat during class using online messaging platforms which can lead to bullying behavior.

So how do we as parents stop cyberbullying? We’ve rounded up tips to give you the tools you need.

No one wants to think that their child is going to be the one hurling digital spitballs at other children, but it happens. So as parents it’s important to get in front of it and teach children early what it means to be a good friend, neighbor, and classmate. Give examples of how to make others feel included, ask them about what kind things they could do for a friend today, and praise them for thinking of others. Start the kindness conversation young and keep it going until even your teenagers heading off to college have your words ringing in their ears.

2. Create a safe space for conversation

It is also important to be checking in with your children about how remote school is going and reassuring them that they can talk to you about problems.

We are spending a lot more time together as families now and taking advantage of that extra time to ask questions and deepen relationships can be very helpful for building trust. Through these conversations you can also help empower your child to stand up for themselves and remind them of all the wonderful things about themselves that no one can take away. Your children need you, create the space to show you’re there for them.

The idea of getting your super spy on to track your children’s online activity may have you feeling squeamish, but don’t. Your house, your rules.

Those rules might include using the computer in a main living space of the house instead of in their bedrooms. Or taking their phones at night so that there is a limit to texting and social media. It may also mean sharing passwords so that you can make sure your child is sending and receiving appropriate emails. Privacy is important, but so is cyberbullying and safety. Weigh the concerns of both and make age appropriate decisions so you know what your child is up to online.

Just like bullying on the playground, cyberbullying can be one child’s word against another. So, if your child is being cyberbullied and they have tried to handle the conversation on their own to no avail, it might be time to start collecting evidence.

This could mean saving text messages that your child has received or taking screenshots of hurtful comments from social media that might be later deleted. No one wants it to get to this level, but remember, your child is trusting you to help and sometimes that will mean helping them build their case.

5. Advocate for your child

To that end, like it or not, we’re the adults now. That means doing the laundry, paying the bills, and having the tough conversations you’d rather avoid.

If your child is being cyberbullied, you can and should empower them to stand up for themselves, but you’ll also need to have their back. That may mean setting a conference with a teacher or having an uncomfortable conversation with another parent. Teachers and other parents may not know this behavior is going on behind closed doors and without the information they can’t help you stop the bullying in its tracks.

Number one priority here is protecting your child, so go to bat for them even when it’s hard.

Tweet
Discover a wonder-filled world of children's activities online!
Explore on Sawyer
Similar Posts
Covid-19
Is remote learning harming my child's eyes? 6 tips that can help.
How to efficiently do homework during virtual learning
Separation anxiety has increased. Here are tips to help.